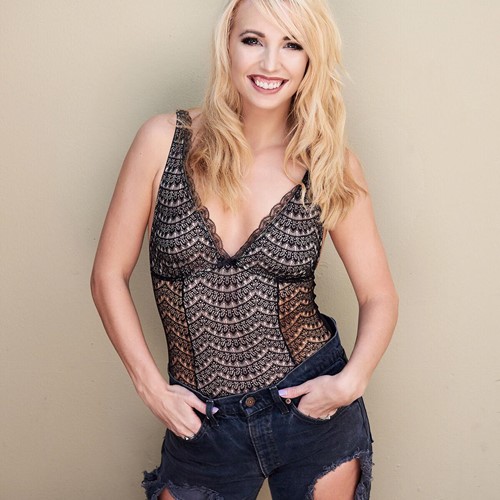 Master teacher, performer and choreographer, Brittany Mains draws from her 15 years of dance training when in front of a classroom or on a stage. With a focus in Contemporary and Hip Hop, Brittany also possesses training in Ballet, Jazz, Tap, Pilates and Yoga. Brittany has danced for artists including Macklemore (‘Dance Off’ official music video), Beat Connection (Capitol Hill Block Party) and has worked on various projects with Macklemore’s main choreographer, Anna Matuszewski. A native of Seattle, Brittany’s artistic ambitions led her to Los Angeles, California to pursue her professional career. She joined a performing arts company known as The Young Americans where she expanded her training in all forms of dance as well as broadened her knowledge in acting, vocal and choral training. Brittany traveled to countries including Germany, Spain, Gibraltar, Holland, Poland, France, England, Ireland, Scotland, Japan and South Korea teaching music and dance as a part of The Young American’s Outreach Program. Brittany also performed in the Macy’s Thanks Giving Day Parade, and has worked extensively with master teachers including Alex Little, Doug Caldwell and Daniel Cruz. Currently, Brittany works as a choreographer for the Seattle based studio, IGNITE and has been traveling around the country as a guest choreographer for various studios. Brittany has received numerous choreography awards from Spotlight Dance Competition, Rainbow Dance Competition, Hollywood Connection Regionals, Velocity Dance Competition, Masquerade Dance Competition, Revel Dance Competition, Move Dance Completion, Spotlight Nationals, Thunderstruck, Hollywood Connection nationals and many more. Most recently one of Brittany's pieces was nominated for the "Industry Dance Awards" in Los Angeles California and had the honor of attending this prestigious event. Brittany is also on the panel of judges for Kids Artistic Review on the weekends in various cities around the United States. Brittany believes in the power of dance and its ability to enhance the mind, body and spirit. Using dance as an outlet to relieve all emotions and connect with others on a level beyond words, has helped her in all walks of life. Through her teaching, she hopes to share this gift with all of her students.